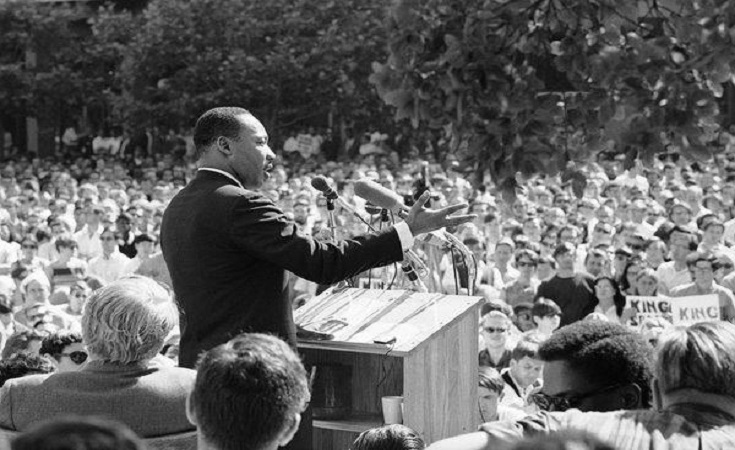 You would agree with us that history is awash with inspirational speeches spoken by great men and women. Despite the great speech out there, not all speeches are created equal. One need to look and think in-depth of the orations of certain current political figures to notice that sometimes when people speak, they really aren’t saying anything at all.

It’s a privilege to have read and heard these great men and woman inspirational speech. On the list we’ve curated, everyone one of them made a valid point worth making, they deliver it with rare elegance, truism, grace, and humor. Whether you’re looking for speech inspiration that will boost your morale or simply looking to become a more rounded individual, there’s plenty here to serve as inspiration.

This is, in fact, the famous speech of all time, this speech was made in 1963. speech is perhaps the most famous speech in history. As King elucidates, it should be “self-evident that all men are created equal.” But, over half a century later, can we really say that King’s dream has come true?

As we can see in our today’s world with #BlackLivesMatter, it’s safe to say it’s equally as vital as King’s campaigns, and less inclusive reforms taking place across the West. It’s worth reacquainting yourself with King’s words, and seeing what you can do to help bring about equality between men, women and non-binary people of all creeds and colors. Because, occasionally, dreams do come true.

The US President’s 1963 address to West Berlin crowds, against the backdrop of the Berlin Wall, is often considered the Cold War’s most important speech. In it, Kennedy rallies the hearts and minds of the West against the tyranny of communism. The US will stand strong with the residents of West Berlin – a people surrounded on all sides by the Russian-held half of Germany.

So strong is JFK’s dedication that he wants to declare himself an actual Berliner. Their pain is his. And their strength is his. What he actually does is declare himself a “jelly donut” in the local parlance. Which only serves to make him seem even more likable. Bloody Google Translate

You might think that after 28 years in prison, Nelson Mandela would have bigger fish to fry than encouraging the youth of South Africa to take up sport. But, as anyone who’s seen Invictus knows, Mandela saw sport as a way of unifying his country and instilling national pride in people of all creeds and colors. In this sports awards speech, he says simply that sport has “the power to inspire… the power to unite people in a way that little else does… sport can create hope where once there was only despair… it is more powerful than governments.

After being shot in the head by the Taliban, standing up and addressing the UN must be a doddle, right? Yeah, right. But, if she was as terrified as we would be, 16-year-old Malala Yousafzai did not show it for a second as she recounted her story, and asked for better education for children throughout the world so that we might welcome a more enlightened future.

The key, though, is to forgive and search for new ways to solve problems. In Malala’s words: “I do not even hate the Talib who shot me. Even if there is a gun in my hand and he stands in front of me, I would not shoot him… This is the philosophy of non-violence that I have learned from Gandhi Jee, Bacha Khan, and Mother Teresa. And this is the forgiveness that I have learned from my mother and father. This is what my soul is telling me, be peaceful and love everyone.”

In his 2005 speech at Stanford University, a very different type of genius tells three simple stories. The first is the story of his adoption, the second about getting fired from Apple – the company he started – and the third about death.

Each morning, Jobs said, he woke up and asked himself if he’d be happy doing what he had to do that day if he only had a few days left. “Remembering that I’ll be dead soon is the most important tool I’ve ever encountered to help me make the big choices in life.” Just six years later, Jobs would indeed be dead, and it’s hard to say he didn’t live by his words each and every day

In 2011 Denzel addressed the University of Pennsylvania. His message: “Every failed experiment is one step closer to success.” According to Denz, it’s a fact that you will fail, lose and embarrass yourself – that’s inevitable. What matters is what you do after you’ve failed. In other words, keep on showing up

India was the jewel of the British Empire but enforced colonial rule could not last. When Britain refused to let India form its own government, Mohandas Karamchand Gandhi – leader of the Indian Independence Movement – sought to rally the people with this famous 1942 speech. In it, he urged the people of India to come together, and resist, without violence.

“Ours is not a drive for power, but purely a non-violent fight for India’s independence.”

A long five years later, Gandhi achieved his aims when India claimed its independence in 1947.

A passionate African-American preacher giving the sermon at a British royal wedding? It’s sad that in 2018 this seemed so radical. But judging by the much-memed expressions of certain guests, Bishop Michael Curry’s sermon was exactly the shake-up the establishment needed.

And what a sermon it was. Focusing on “the power of love” (no, we’re not talking Frankie Goes To Hollywood), Curry’s speech reminded everyone that there’s nothing to be ashamed about when it comes to the warm fuzzies and that we’d all benefit from letting a little compassion into our lives. Well, it was a wedding, after all.

When Yorkshire man William Wilberforce stood before the British House of Commons in 1789, slavery was still very much alive and well in the UK and her overseas colonies. It took some guts, then, to denounce the trade in human lives and freedoms as wretched and shameful.

He asked for “cool and impartial reason”, and claimed that every single person in the House was guilty of compliance. Twenty years later, the Slave Trade Act of 1807 was passed, but the trade was not abolished until 1833. Wilberforce, by then retired from Parliament, died aged 76, just three days after hearing the abolition act had been passed.

Before Liz The Second, Britain had OG Liz, and some say she was the country’s finest queen. Case in point: on the eve of a decisive battle against Spanish forces in 1588, Elizabeth spoke to her troops on the front line.

“I come amongst you… not for my recreation and disport, but being resolved, in the midst and heat of the battle, to live and die amongst you all; to lay down for my God, and for my kingdom, and my people, my honor and my blood, even in the dust… I myself will take up arms, I myself will be your general, judge, and rewarder of every one of your virtues in the field.”

Her willingness to fight and toil alongside her soldiers was rare enough at the time (least of all for a woman) but even more so now. A truly inspirational leader 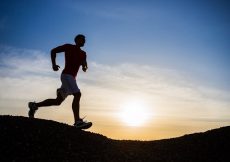 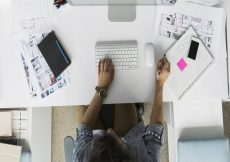 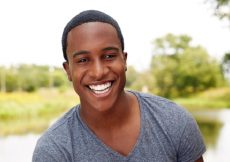