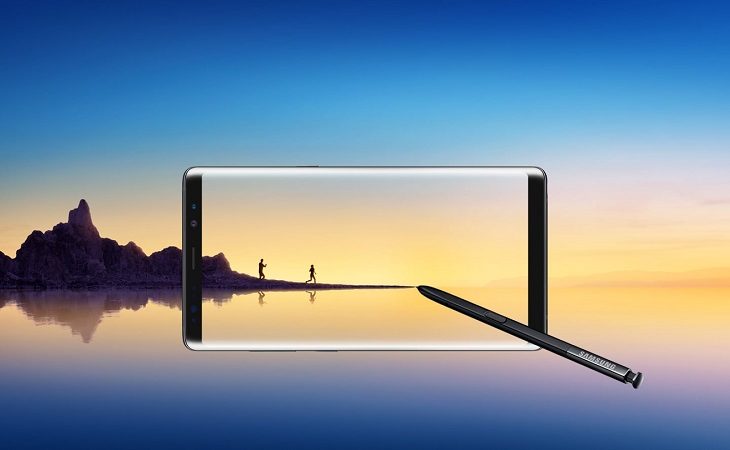 The display on the Samsung Galaxy Note 8 is actually very sharp and very vibrant, the first thing that stands out is the display, it is nothing short of phenomenal and looks better than iPhone x. it is also not with its fault though because the Bixby button on the Note 8 is very obvious and you must notice it on a day to day use and it can be quite annoying, apart from that it is pretty much as great as a phone display gets right now

Good quality on the Note 8 is very great and regarding day to day use, it is quite an enjoyable experience. Well, apart from the fact that it is not designed to be a one-handed device, but most people would not mind actually using both hands, and hey! It is a note series so you definitely know what you are getting into.

Another concern is the fingerprint sensor at the back of the phone, just like the s8 and s8 plus, it is located right at the top of the back beside the camera or cameras in this case and it would definitely require a bit of a shuffle to get to if you are using one hand with this thing, you are actually going to want to use two hands and that might be something to consider for some people.

ON THE S-PEN FEATURE

You can also use a pin or a pattern or you can use the iris scanner which is more secure. Then there is the s-pen which keeps improving from time to time and this time on the note series, yes! There is a lot of features. The first feature I really liked and used a lot was the screen of the memo, and how I could quickly scribble ideas as I take out the s-pen from the note in its luxury mode. This feature was pretty smug and apart from the inverse user interface design, which I’m a sucker for, it just works seamlessly and that is a major plus for me.

However, when you are inside the phone and you take the pen off, you get access to more s-pen options, you can either check your contacts which is very fast or use Bixby vision which is Samsung image search feature. You can also use translate which works by hovering the pen over a text and you immediately get what you are looking for with the set language. You also get live messages which works by scribbling texts and sending it to someone which animates the way you scribble it to the person, and you also have screen write and smart select. Smart select which is virtually smart works by selecting a region of the phone and once it is selected, Samsung tries to figure out all the text information on that image you selected and send it along with the selection. i.e.  sending an image of the home screen to one, would show the text selected and image which is pretty smart.

ON THE STRUCTURE OF THE PHONE

Regarding good quality again, it is nice how the note 8 screen really blends off the edges and the addition of the home button on the bottom is actually very accessible than distracting, again, this is just like the s8 and s8 plus. The bottom of the note 8 houses the s-pen, the speaker grills, the microphone for calls and the headphone jack. Samsung still remains the only smartphone maker that left it there (the headphone jack), but I’m pretty sure it’ll be gone soon looking at the s9. The top of the note 8 houses the sim and micro SD card slot and on the left is where you have the Bixby button which you might always accidentally press and the volume rockers which makes you reach for the Bixby button. Lastly, on the right, you have the power button.

On the front of the phone, you have an 8-megapixel camera and duo 12-megapixel cameras on the back. Selfies taken are very clean and the megapixels and image processors are very important for this. Interestingly for the back cameras, shots looked very detailed and sharp and in bright light, it performed very well.  Both (1x and 2x) cameras are balanced and one isn’t more saturated than the other which is expected. Overall, the picture quality is a go. In video, however, the 2x camera shows some image stabilization and no focus lost, but the 1x camera did not have a fixed focus, but both were in auto mode.

Battery life on the note 8 is okay, but I was not able to get up to a full day for most times because I almost always end up charging it at night when I get back, not so good, but it is also something to consider, however, as regards the battery performance, the note 8 performs very well when it comes to handling tasks and you are pretty much not going to get any lag. Daily use was on point and multi-tasking was effortless. Of course, you can split screen on note 8 and even have the screen on screen. the note 8 seems to be the device made for this. Call quality was on point, and though not really a feature but an icing on the cake.

ON BENCHMARK OF THE PHONE

With regards to sound quality, its good but you don’t get stereo features. Over to the benchmarks, in geek bench, although it is 6 gigs of RAM you should be getting, you have 5.12 gigs usable, the processor is also clocked at 1.9 gigahertz and is a QUALCOMM octa-core processor. The note 8 has a PPI of 387 with very high resolutions, and Adreno 540 graphics chip inside, it runs also on android 7.1.1. Now running the test on this, we are getting a decent single and multi-core score. On the single and multi-core score side of things, the note 8 performs very well and is way ahead of many devices.

Personally, I really like the note 8, it has got a very good display and is similar to that of s8 plus, if you plan on getting this device, I’d definitely recommend it, only if you are coming from an older Samsung device. However, if you want an s-pen and a slightly bigger display, then you can go for it. 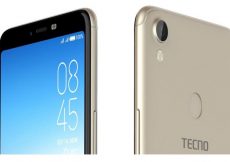 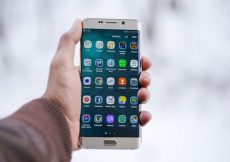 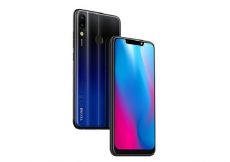